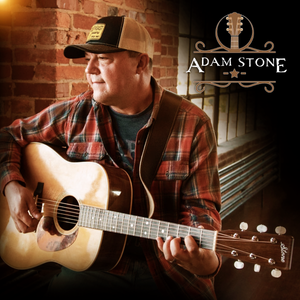 Originally from Eastern North Carolina, Adam is a singer songwriter who has been playing music his whole life. He comes from a musical family, his dad and grandfather Stone both played and sang. "My Dad is a big influence on me, raised with Merle and George Jones on the record player all the time." The music he writes, records and plays today is heavily based in these classic country legends mixed with some classic rock ranging from Creedence to Lynyrd Skynyrd.

Adam started out playing drums and transitioned to acoustic guitar at age 10. "My dad showed me my first chords on his old Gibson J45. I played my first paying gig at a Holiday Inn restaurant bar at the age of 17, I was hooked."

Adam spent years between North Carolina and Tennessee. Stepping forward to August of this year, Adam, his wife and his stepdaughter packed up, sold the house and made Tennessee their permanent home. He's not looking back. 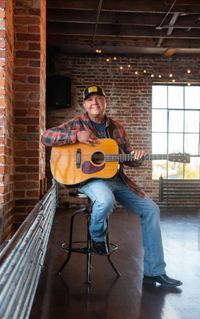 He has shared the stage with artists such as Travis Tritt, Ronnie Millsap, Gene Watson just to name a few.

New music is in process with a few of the latest songs available here to listen to and get a taste of the great stuff that's just around the corner.

Adam is available to book with full band and also is amazing at doing some solo acoustic songwriter shows.