Back to all posts

In just over ten weeks, Chair 55 has gone from a new Independent Country Label to releasing three singles, charting all three songs, and NOW, Chair 55 can add a Top 10 Artist!

With radio promotion handled by industry veteran Alan Young, Chair 55 is already putting their mark on country radio. The first single release was J. Marc Bailey's “I Can’t Stop You’, followed by the debut radio release from Russ Stallons “That’d Be You“(written by Russ Stallons and J. Marc Bailey), and finally the debut single from Walter Finley “While The Sun Still Shines (The Fishing Song)”. Based on NMW Charts, December 3rd, 2021, all three singles are on the Country Digital Top 40, with Walter Finley skyrocketing into the Top 40 and #32. All three are on the Digital Indie Top 30. All three singles are also on the Country Radio Indie Top 30!

Russ Stallons “That’d Be You” became Chair 55’s FIRST EVER Top 10 Artist, after just 8 weeks of promotion! Russ Stallons' reaction to hearing his debut single made the Top 10?

“I’m not really sure what to say, it’s all kind of overwhelming. This song means a lot to me personally, and I’m just thankful that I had the opportunity to write this song with J. Marc Bailey. It makes me happy to know that other people are loving this song, and hopefully it’s spreading a little more love out into the world. I’m really grateful to all of the radio stations that are playing it, and I just can’t say “thank you” enough!”

J. Marc Bailey jumped onto the Country Radio Central Regional Chart at #10! “I’m thrilled and excited to see my fellow labelmates get the recognition they deserve. They’re all very talented, have their own unique style and sound. This is a great time to be associated with Chair 55,” commented J. Marc Bailey.

How does Walter Finley feel on the early success of “While The Sun Still Shines (The Fishing Song)? “The songs are very personal to me. I’m overjoyed with this and it’s been a long time coming. It’s an overwhelmingly great feeling! I’m just glad to be connected with Chair 55.”

Chair 55’s Management, Deston Rogers, told the artists early on, “each song takes on its own journey. There’s no way to predict what a song will do, where it will go and how it will end. You must have patience and not get discouraged by the ups and downs of the charts. It’s pretty much like a rollercoaster ride.”

For more information on the full roster of Chair 55 Artists 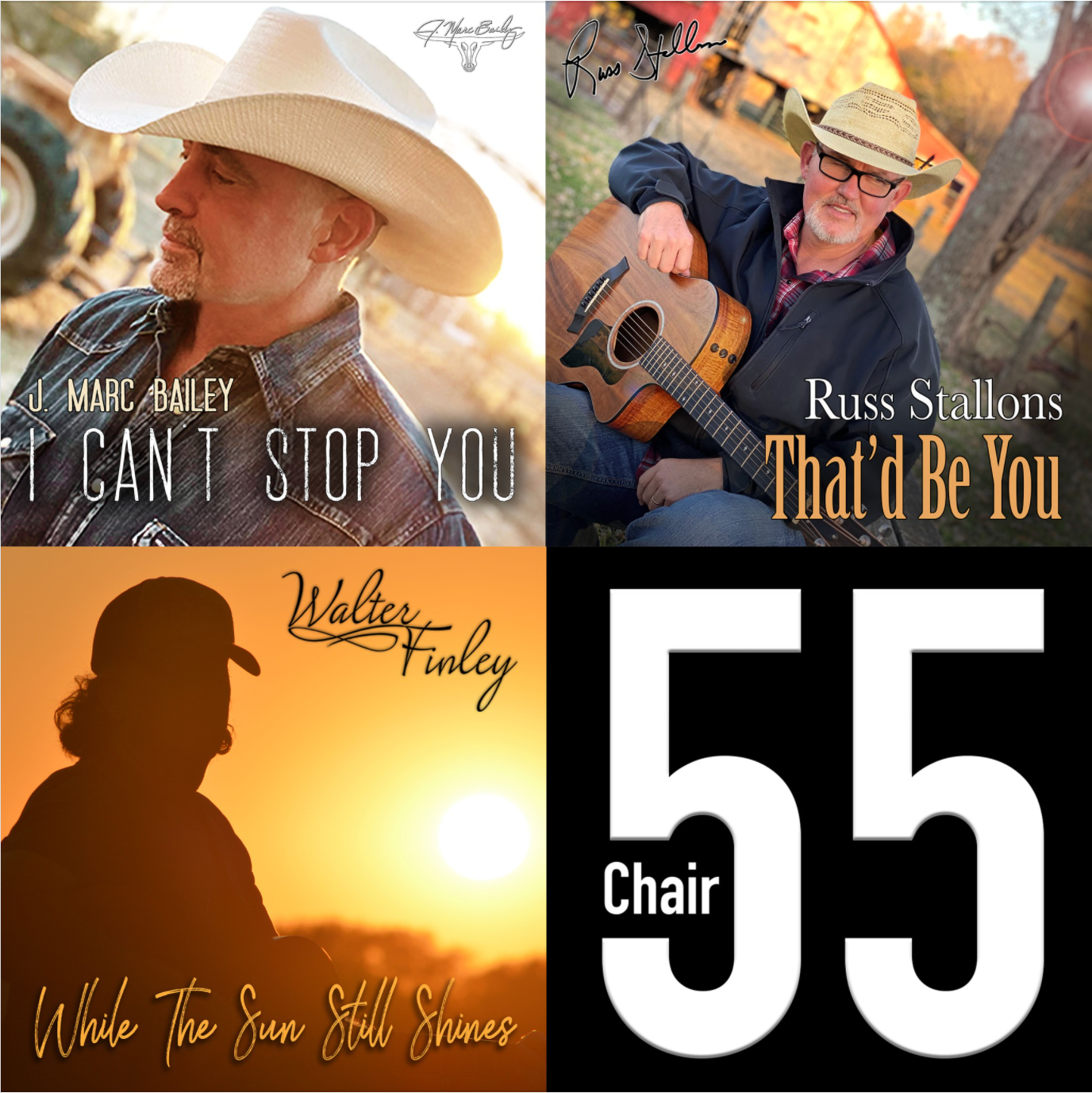